The Lily: Introducing the Summer Bulb of the Year 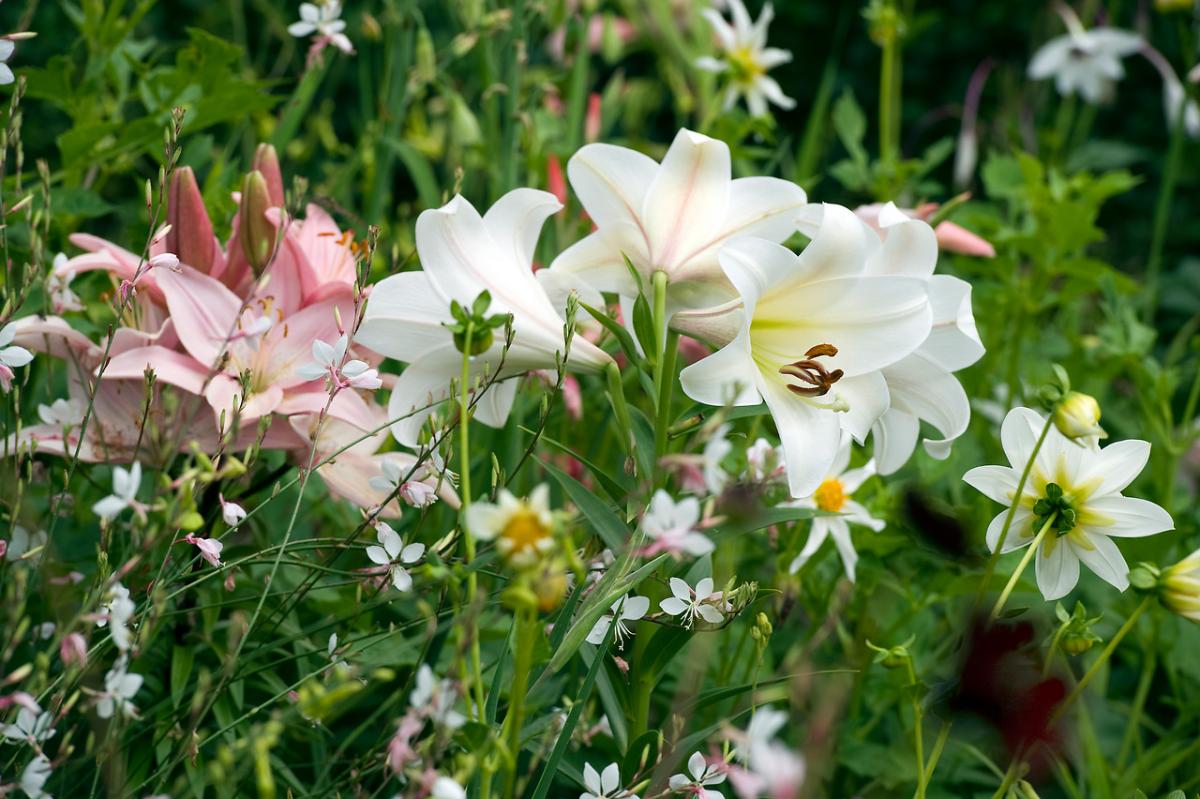 Dazzling lilies set off colorful fireworks in the garden. Garden? Yes, the garden!

Many people are familiar with lilies as cut flowers but don’t know that they can also add sparkle to the garden or when planted in a container.

With all their beauty, symbolism and history, it’s no wonder that lilies were named the Summer Bulb of the Year.

Symbolism
Native to the Northern Hemisphere, lilies have been seen as a flower of significance for thousands of years because of the extensive symbolism that surrounds them.

The lily represents femininity, love, purity and a sense of transience. But lilies also have a wonderful history. In 1150, King Louis of France used an image of a lily on his shield as a symbol of his name, Louis or Loys, and power. The lily is also portrayed as a focal point in many historical paintings.

Summer flowers
Lilies are real summer beauties and easy-to-grow in almost any climate. Their impressive flowers will bloom in the garden from early June until September.

To enjoy lilies in your garden all summer long, plant varieties that bloom in succession. Check out the following varieties for a summer of color.

Planting lily bulbs
Maybe you’ve fallen in love with this gorgeous summer bulb of the year and would like to plant it in your garden. Follow these five easy steps for planting success.

Plant lily bulbs as soon as possible after purchase. The sooner you do this, the better they will grow and the more beautifully they will bloom. If you can’t plant your lily bulbs right away, store them in a cool, dark place. This will keep shoots from emerging.

During the flowering season, snip off spent flowers but leave two-thirds of the stem standing. This will keep your lilies strong and healthy.

Lily bulbs will also thrive in pots and plant containers. Just be sure that they have holes in the bottom so that excess water can drain away.